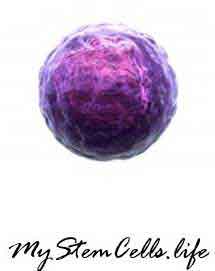 Bartolo Colon, nicknamed Big Sexy, is the oldest active player in Major League Baseball at age 43 and doesn’t show any signs of slowing down. However, back in 2010, it was unclear if Colon would be able to continue his pitching career after missing the entire season due to an ailing elbow and right rotator cuff. That is when Colon reached out to Dr. Joseph Purita of the Institute of Regenerative Medicine for stem cell therapy.

Colon’s bone marrow was spun in a centrifuge to separate it from the blood material, and then, along with Colon’s own body fat, injected into the pitcher’s elbow and shoulder to help repair ligament damage and a torn rotator cuff. After the stem cell therapy, Colon had a major combat the following year, winning 55 games. This year, Colon also made history when he hit his first career home run for a two-run shot to extend the Mets’ lead over the Padres, 4-0.

Rafael Nadal is a Spanish professional tennis player currently ranked No. 4 in the world and is considered by many to be one of the greatest players in tennis history. In 2013, Nadal received stem cell therapy for his knee and the next year also had stem cell treatment for his injured back in Barcelona. Since his treatment, Nadal has made history in 2016 by becoming the eighth male player in tennis history to record 200 Grand Slam match wins, as he defeated Facundo Bagnis in straight sets in the second round of the Slam.

6 time NBA All-Star player, Pau Gasol, was struggling with knee pain during the 2013 season and had an injury that put him on crutches. Gasol received what is known as a Fast technique procedure. The procedure, whose name stands for Focused Aspiration of Scar Tissue, involved inserting a probe into Gasol’s knees that directed ultrasound waves to remove degenerated tissue in his patellar tendons nonsurgically. In addition to this, Gasol received autologous stem cell injections to help stimulate regeneration in his tissue. Within 3 weeks, Gasol made a quick recovery and was back walking again without crutches.

4.) Chris Johnson , Running Back for the Arizona Cardinals

At 28 years old, Chris Johnson had five 1,000 yard rushing seasons and one 2,000 yarder, but the veteran running back tore the meniscus in his left knee in Week 3 of the 2013 season. Despite his injury, Johnson played through the season without missing a single game which resulted in him causing additional damages to his knee joint. To repair his damaged knee, Johnson traveled to Florida to receive an injection of stem cells into his knee joint after an arthroscopic procedure to repair his meniscus. Instead of the usual four-to-six-week recovery time from the procedure, Johnson stayed off the practice field for the rest of the offseason, giving the stem-cell treatment maximum time to work. In 2014, Johnson agreed to a three-year contract worth $9 million per year with the New York Jets. Johnson finished the season with 153 carries for 663 yards and one touchdown.

Powered by dfwwebmedia.com a venture of SNS System